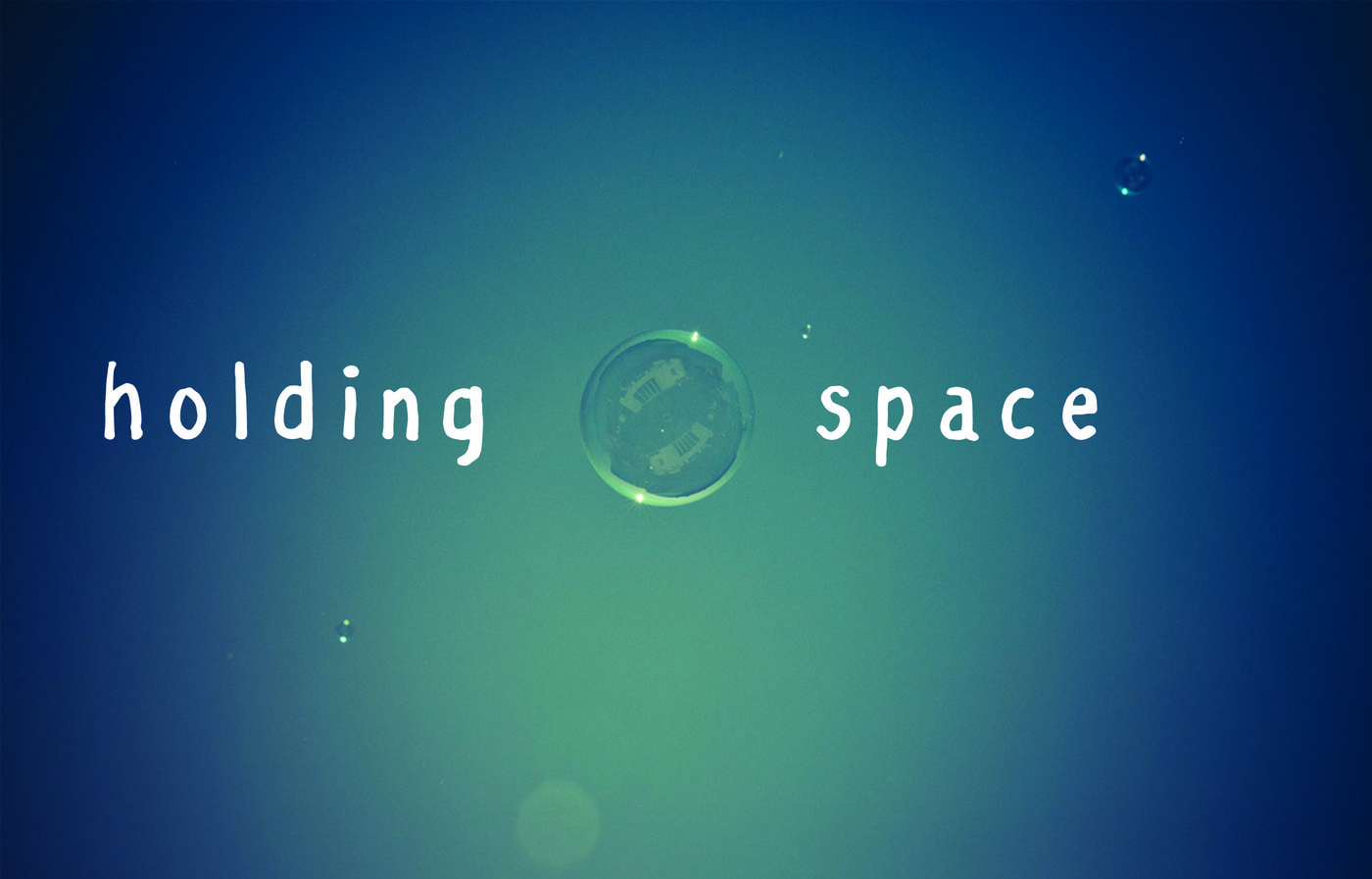 I was completing one of the required classes in becoming a Chattanooga Police Department Chaplain when the case manager from the local rape crisis center dropped an enlightenment bomb on my eardrums. Holding Space. Those words rang loudly my ears as soon as they left her lips. Admittedly, a little too loudly considering I daydreamed for quite a while after she said them. Let’s call it “visioning” instead of daydreaming (a little more professional and slightly less rude). She was referring to her role in assisting victims with the trauma of rape, domestic or sexual violence. Too often, she asserted, people try to take action on behalf of the victim or to offer suggestions instead of simply shutting up, listening, and holding space. Holding space.

Holding space refers to intentional, available presence instead of the misinformed desire to be active in traumatic situations. Victims of trauma need to be given safe space to breathe, rest, and debrief. Too often they are suffocated by a claustrophobic space of overwhelming activity. Much like specific acts of trauma, holding space in traumatic neighborhoods is just as important. You see we are conditioned to believe that constant activity and engagement is the most effective method of reconciliation, healing, mentoring, etc. In some cases this is necessary. There are plenty of moments where hurried engagement is vital to development, growth, or success. If we never stop to simply hold space we miss the voice of others because they are drowned out by the volume of our own agenda.

I am very tempted to move quickly, to push forward regardless of the obstacles, to never stop and hold space. Why? I was trained very well as a church planter. I was imbued with a terribly addiction to success, growth, and the pursuit of bigger and better. To hold space would be antithetical and undermining. Yet, holding space is necessary and vital in communities where drive-by’s and drug deals are perceived as being just as normal as watching people walk their dogs or mow their lawns. Holding space affords victims of trauma the respect and value that has been taken away from them by their perpetrator.

As the spiritual director of the City of Chattanooga’s Violence Reduction Initiative members of the support and outreach committee discuss the symptoms of gang-related trauma in our most violent neighborhoods and how we can most effectively address it. Our dialogue is typically filled with action measures, programming, job placement, and the push for effective solutions. As a matter of fact, I’m not sure I’ve ever heard anyone suggest that we simply hold space in these neighborhoods for the victims of trauma. The violence must stop. For Chattanooga, our most pressing need is to see black men stop killing other black men. The mission of the VRI to keep these men safe, alive, and out of prison.

A while back we were given a sobering report from a therapist who has been holding space for gang members. Just listening. Hearing their story. Holding space so they could escape victimization for a brief time before heading back into the fray. I’d like to share some of the insight she presented about neighborhoods in Chattanooga (Alton Park included):

- Close to 50% of the young men interviewed have been shot and all of the rest have been shot at, stabbed and/or ganged.
- Before the age of 10, the average number of dead bodies, people getting killed or seriously hurt witnessed by residents interviewed is 4.

One of her observations was that “in years of working in youth services and corrections I've found that people who grow up and continue to live in high violence environments present very differently than other groups experiencing trauma. These guys, unlike law enforcement, first responders, people who have been raped, have been in a terrorist event, a natural disaster, or war, don't ever get to go home and the traumatic events never end. The front is their front yard and their experience is never over. It continues even when incarcerated, especially if they go to prison. Their traumatic experiences have been ongoing continuously since childhood and are still happening while we are trying to help them."

Holding space. In an overwhelming environment wrought with violence and trauma, perpetual engagement and activity, the majority of residents experience present traumatic stress disorder instead of post traumatic stress disorder it is necessary to hold space. To hold space for rest and reprieve. Sure, we continue to engage our neighbors with programs and ideas for community transformation. However, our main job is to hold space in face of the chaos of trauma.

“Come to me, all who labor and are heavy laden, and I will give you rest. Take my yoke upon you, and learn from me, for I am gentle and lowly in heart, and you will find rest for your souls. For my yoke is easy and my burden is light.” - Jesus